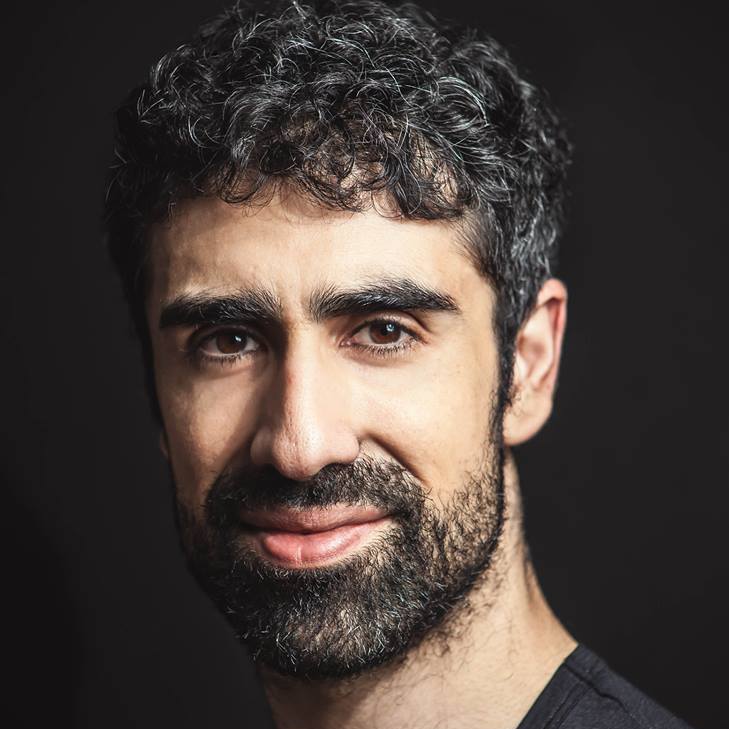 After Libertarian National Committee Vice-Chair Arvin Vohra made the comments about why young men are tricked into joining the military and who have made the decision to do it especially for the wrong reasons, the Libertarian Party of Illinois has done something that no state party has done within the last number of years. That “done something” is this: that state party has officially called for the booting of Vohra from the LNC immediately. This is in light of Vohra’s statements on the military and war establishment which were posted on this blog and the continuous showcasing of what the pro-war crowd has tried to do to Vohra since then.

Here’s the letter from the state party calling for throwing him out of the National Committee: 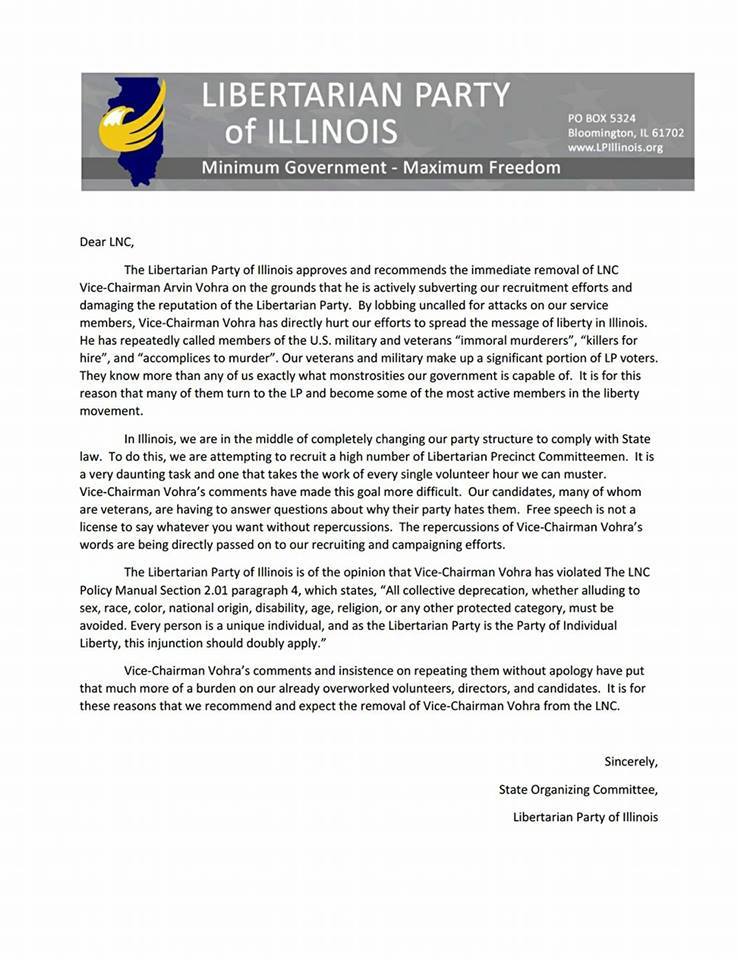 By taking Arvin’s statement out of context, that entire state-run affiliate has been invaded, pervaded, and infiltrated by a bunch of warmongers. None of them love libertarianism and liberty by the way.

This is another sign of the ultra-moderates and the conservatives collaborating to destroy the Party from within and to throw out of our organization good men like Vohra. This is sad, heartbreaking, and full of fear now that my colleagues and I will fight for the soul of the Party in New Orleans, Louisiana in 2018.

Update #1: Here are three comments made to the letter and Vohra personally and politically so far.

Let me show you the screenshot for that.