Twitter, the social media site that was launched in 2006 by Evan Williams, CEO Jack Dorsey, Noah Glass, and Biz Stone, has launched an Orwellian ruckus in which, according to its blog dated February 9, it has organized a “Trust & Safety Council” that mirrors “The Ministry of Truth” group in George Orwell‘s 1984.* (Considering my blog posts on Twitter as well as Facebook, I mention this latest action from Twitter, because what the private company is doing and employing threatens the First Amendemt-protected rights of its users.)

This is what the company says on its blog: 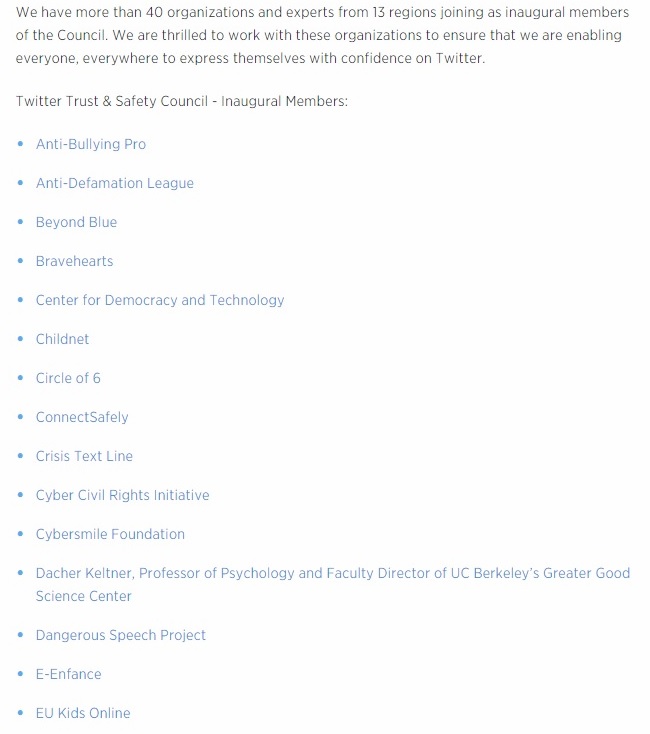 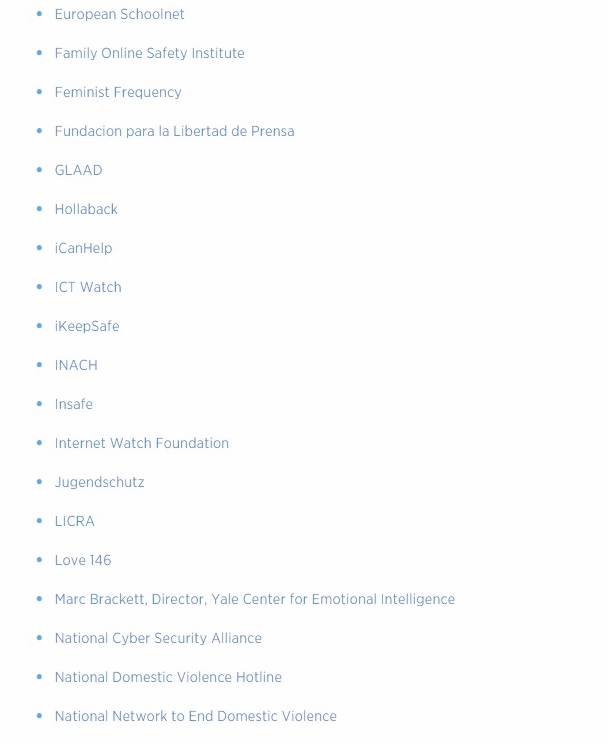 As Daniel Payne wrote about this council on his blog piece entitled “Say Hello to Twitter’s Tweet Police” via the Federalist website: 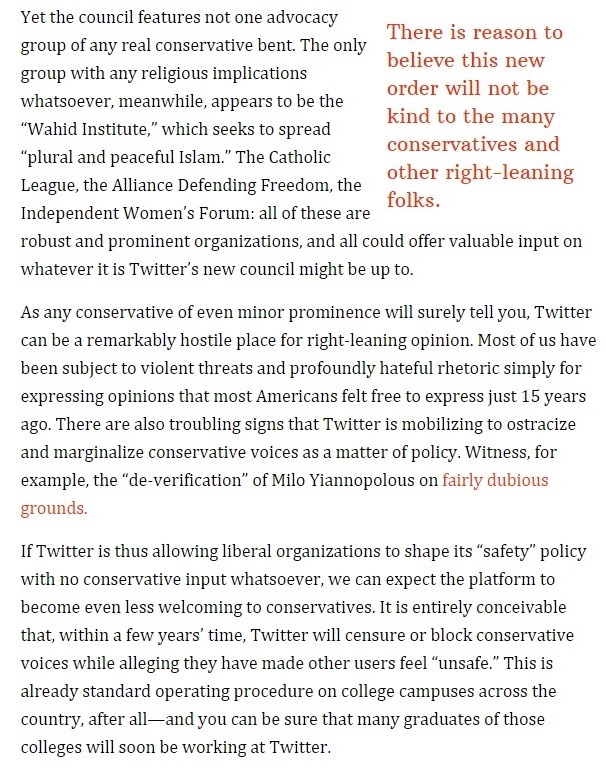 Even Reason covers this latest development at its Hit & Run blog:

Obviously, this is on the heels of Girls‘ co-creator and actress and author Lena Dunham who recently “quit” the site (more times than she’s changed her bra and underwear) because she felt that the site was no longer a “safe space” for her and demanded a code of conduct protecting women from “hateful and violent statements.” Translation: we need an amendment to the Constitution to protect Lena’s deeply hurt sentiments.

Obviously, she’s using the “safe space” rebuke to her critics who have publicly attacked her for various reasons of which we all are aware, including her admission that she molested her younger sister Grace, accused a conservative Republican male college student of allegedly “raping” her while she was attending Oberth College, her anti-male and feminist politics including her sappy love for all things Hillary, her pathetic newsletter Lenny, her lie of her “autobiography” (given it’s been debunked and deemed questionable), and so on.

So that’s how this authoritarian model came into being for Twitter, thanks in part to an anti-male, limousine liberal bitch who despises men, who might as well be a lesbian (not that I care either way!), and who’s lied her way via her shitty-ass book, whose TV show is nothing short of mediocrity, and whose politics is as polarizing as a polar bear.

This is after Twitter’s stock price diving from $69 a share to approximately $15 a share, according to USA Today in its piece entitled “Twitter faces critical moments with Q4 results“: 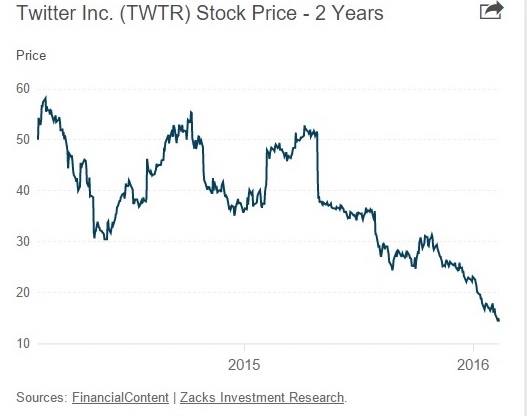 If Twitter knows what’s good for them, the company would not piss off its user base, who can drop the site in a second.

As a private company, Twitter can do whatever it wants. If its want to be tyrannical to its users, it can do that. However, Twitter depends on its users for viability. Without it as well as the users sharing content that they see on the site, the enterprise is a dead husk. Memo to Twitter: don’t piss the fuck off your users, or they will delete their accounts and go elsewhere. Do you want to continue to be relevant? Then jettison the Trust & Safety Council. If you don’t, you will lose your Tweeters, and that’s a huge guarantee right there.

[*Note: The hat tip goes to Wendy McElroy, whose husband Brad pointed this monstrosity on her website.]