After having resigned as campaign manager of Joy Waymire‘s old campaign which has just suspended operations, I now have just jumped on board with the Austin Peterson for President 2016 train, happily describing myself as a “Liberty Ninja.” I’m very excited and ecstatic about working on Austin’s campaign that I am so thrilled with the never-ending possibilities of what could and might happen in the politically-charged scheme of things. This is going to be a thrilling adventure, not just for me but for everyone in the campaign and hopefully in the Libertarian Party as well. 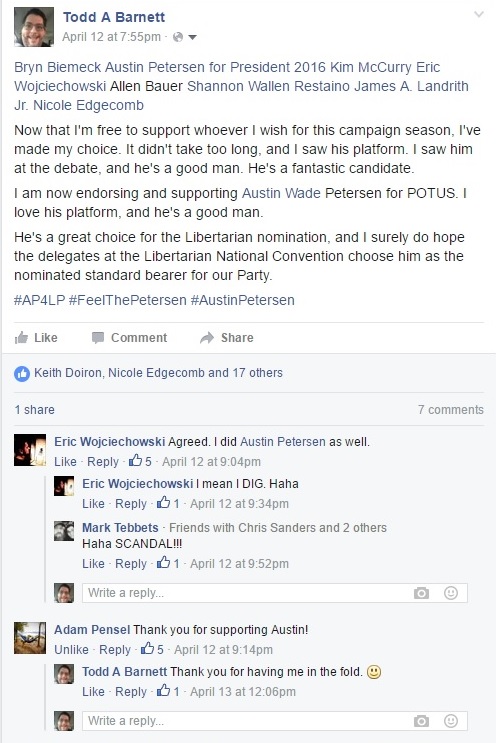 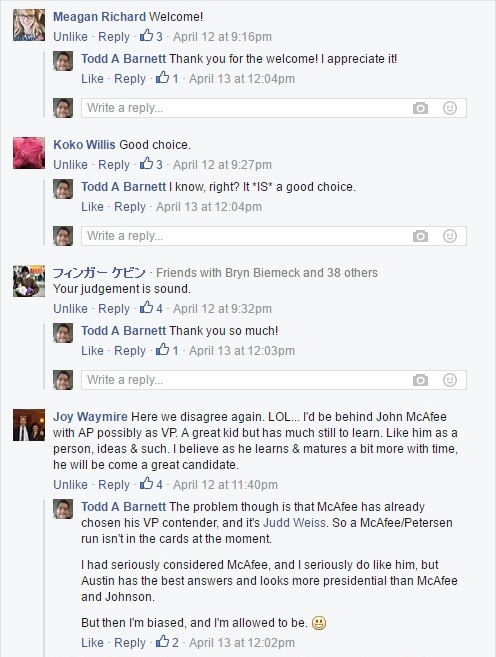 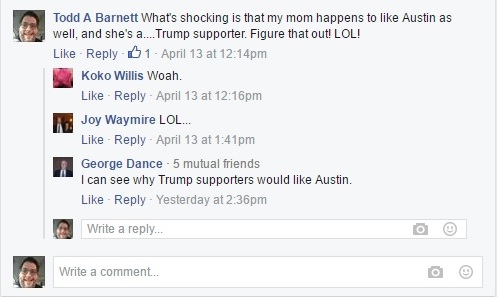 Now I know that I said that I was going to take “a break from party politics indefinitely,” but when Fundraising Manager Bryn Biemeck asked me, “Are you on the AP4LP train now?,” I knew I had to leap into supporting Austin because in my heart I had already accepted him as my nominated Libertarian candidate for President. I immediately changed my mind, and nothing was going to stop me. I feel empowered, and I’m glad I’m on the Liberty Ninja train.

Here are the hashtags for the campaign:

To victory for Austin Petersen!

This site uses Akismet to reduce spam. Learn how your comment data is processed.

Real talk on type 1 diabetes and the messiness of life.